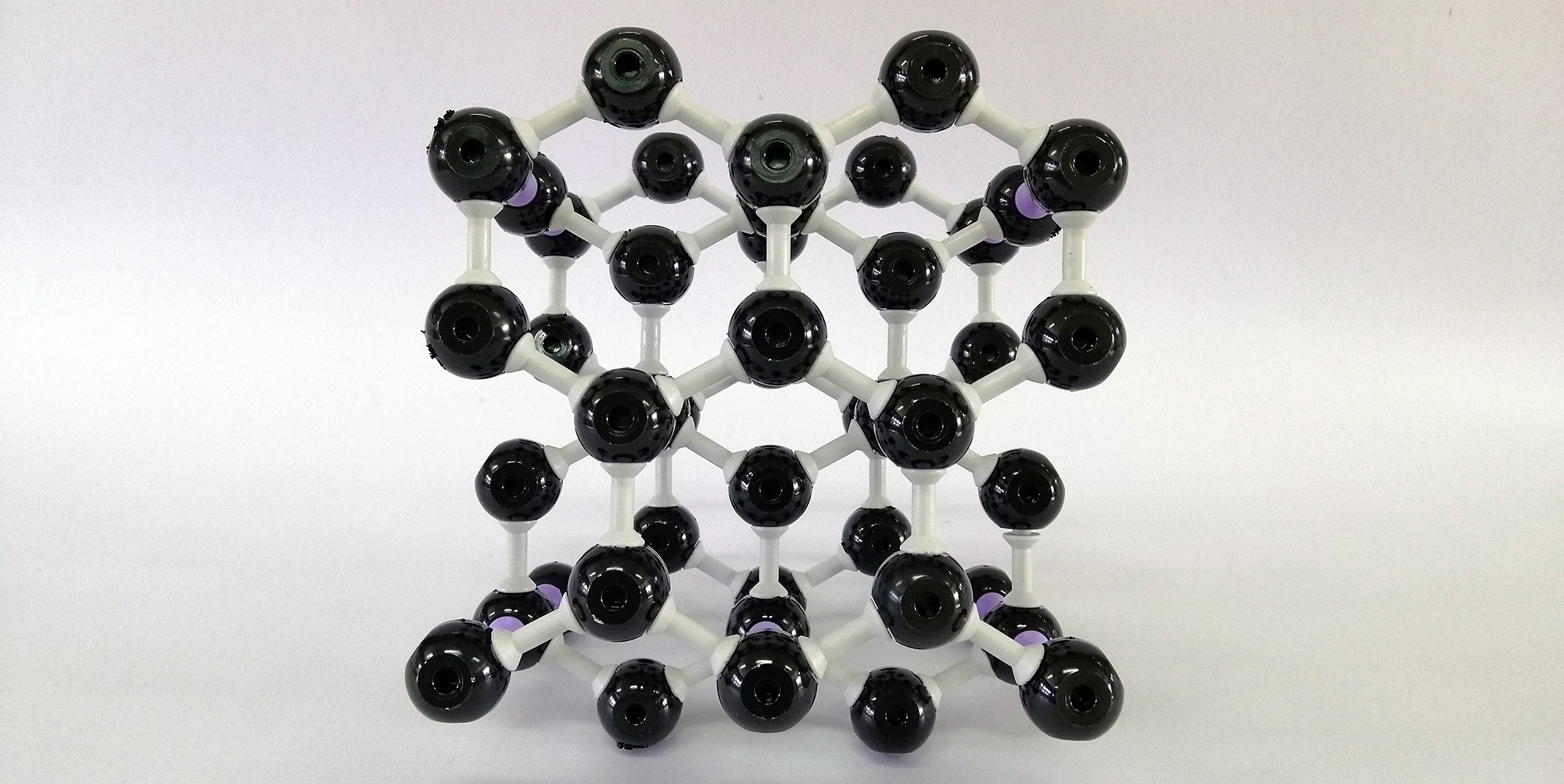 Cubic structured crystal.  The production is low, but it is sufficient for industrial use.  Used as jewelry and as industrial cutters.  At present, the manufacturing technology of synthetic diamond has been established and put into practical use.

Hexagonal crystal.  It is made up with many layers of a plate-shaped structure (a single layer is graphene).  The most common as carbon crystals.  Used for pencil leads for a daily use.

Hexagonal crystal.  It might be found in a meteorite, but it is extremely rare.  Only very small crystals have been discovered now.  Pure ones are estimated to be harder than diamonds.

A generic term for clusters which consist of carbon atoms.  It seems to be extremely rare in nature.

A mixture of two types of structure in diamond and graphite (amorphous).  Common charcoal, such as charcoal and activated carbon, is amorphous carbon which contains impurities in it.

A structure in which graphene is rolled into a cylinder.  There are one-layer to two-layer and multi-layer structures. There is similar one which is a horn-shaped with cylindrical (a tubular) end closed, and it has been called a carbon nanohorn.